If you’ve been looking for books like Big Little Lies by Liane Moriarty, try one of the books on this reading list. You’re sure to find unputdownable books filled with secrets, female friendships, and suburban drama.

Did you love Big Little Lies?

If so, you’re not alone. Liane Moriarty’s tale about a picture-perfect Australian suburb has kept many readers riveted. Of course, the perfection is only on the surface: the reason we’re so fascinated is that juicy scandal runs through the fabric of the affluent community.

The carefully curated perfection soon starts to unravel, and the result is a murder. But is it really? What actually happened?

Three very different mothers with young children at the local elementary school are at the heart of the story. Each has secrets, and so do the other parents in their orbit.

Moriarty’s accessible, fast-paced writing had readers hooked. The high drama simmering beneath the pretty facade made this perfect TV fodder–the book was also adapted for a hit HBO series.

As a reader who veers toward books that straddle the contemporary and literary fiction lines, Moriarty’s lighter style doesn’t always work for me. But Big Little Lies is my favorite of hers; the layered questions and slow-reveals of characters’ secrets make this an immersive read that I raced to finish.

Big Little Lies steps back through the months leading up to a death at a seemingly innocent trivia night at the elementary school. Was it murder, or just an accident?

This female-centered tale is a twisty, riveting ride that keeps you hooked from start-to-finish. Filled with small-town drama, mean-mom cattiness, and some surprising depth, Big Little Lies is Moriarty at her light, unputdownable best.

If you loved Moriarty’s novel (or the television series), you may like these books that are similar to Big Little Lies.

Books to Read If You Liked Big Little Lies

Neighbors are suspicious when an affluent family moves into an established neighborhood and tears down the existing house to build a McMansion. Their renovations destroy Valerie Alston-Holt’s beloved old tree, and that’s the last straw. The stakes rise and are complicated by the budding romance between Valerie’s son and the new neighbors’ daughter, until they reach their tipping point.

A compelling story that examines issues of race, class, and how people with different values can live alongside one another.

Very Nice starts with a college student sleeping with her professor. When she offers to care for his dog, he becomes a guest at her mother’s house–where he falls in love with her mother.

Further connections are built between others in each of their lives, and ultimately this story is about terrible people behaving terribly, using each other for their own purposes.

A young newlywed develops an unhealthy infatuation with Tom, the headmaster of the local school, while a teen girl in the neighborhood is convinced he’s not all he seems–and her mentally ill mother agrees. Tom’s son, in the meantime, grapples with his own mixed feelings about his father while he watches and records the goings-on in the neighborhood.

The loose ties between the characters tighten as past meets present and Jewell manages to surprise without resorting to twists that feel gimmicky.

Related: 11 Mysteries and Thrillers to Keep You on the Edge of Your Seat

The lives of three very different young women intersect at an elite southern university, after one of them accuses a rich fraternity member and legacy student of sexual assault.

This is a good fictional follow-up to Chanel Miller’s sensational memoir Know My Name. Universities often play by their own rules when it comes to sexual assault cases, and Privilege is a deft examination of the fallout of the self-preservationist policies of the institutions.

Such a Fun Age

When Emira–who is Black–is accused of kidnapping her young babysitting charge, her white employer, Alix, tries too hard to make it up to her. Emira just wants the whole thing to go away while she figures out her life, but it was caught on video.

Emira runs into the man who recorded it and the two start a relationship–but his interest in her may not be what it seems. Alix nurses an unhealthy fascination with Emira and her active social life, while Emira’s friends struggle with how to help her find her footing.

Never Have I Ever

When an intriguing woman appears at the neighborhood book club and threatens to derail Amy’s perfect life by revealing secrets she’d rather leave buried, Amy has to figure out who just who the woman is, what she knows, and how to beat her at her own game.

Joshilyn Jackson is on point here with her usual quirky, well-developed characters and excellent writing. Add in a twisty cat-and-mouse game that truly surprises–I thought I had things figured out multiple times and was so close, but new layers emerged–and you have one of the most fun thrillers I’ve read in a while.

When Cornelia and her husband, Teo, move from the city to the suburbs, she is eager to make friends. Instead, she feels the weight of her neighbor Piper’s ruthless judgment. Another woman, Lake, seems to be a promising friend, but her inscrutable behavior and mood changes leave Cornelia confused. But she unwittingly becomes central to both women’s lives as Piper cares for her dying friend and Lake’s son takes a liking to Cornelia’s family.

The community of Shaker Heights is meticulously planned and picture-perfect, and the Richardson family is much the same. When their new tenants–mysterious, free-spirited artist Mia and her daughter, Pearl–move into town, the four Richardson children are enamored of both, and Pearl of them. As the families become more entwined, complications arise when the two mothers, Elena and Mia, find themselves on opposite sides of an adoption case.

Little Fires Everywhere is a study in the characters–their flaws, pasts, dreams, regrets, and fears–and how all of these hidden things affect their relationships and what happens next.

In the declining Swedish town of Beartown, hockey is the one bright spot. The talented junior team–and one player in particular–have the potential to win it all and revitalize the town. But a brutal event at an after-game party could be the downfall of the team, the players, and the future of the town itself.

As the residents grapple with their loyalties and their own morality, each one is forced to answer for themselves how much they are willing to sacrifice for the love of a town and game.

Two brothers meet at the line of their properties in the Australian outback, with their third brother dead at their feet. They grieve his loss and investigate what could have happened–but there are few suspects on the isolated outback, and secrets that people want to keep hidden.

While a mystery is at the center of this story, it’s really a character examination, filled with family dynamics. This is one of those novels where the setting–the forbidding outback–has a life of its own. It was fascinating how Harper managed to make such an expansive setting feel so suffocating.

Miracle Creek takes us into a courtroom following a devastating accident: a hyperbaric chamber holding a number of patients–including children– being treated for various conditions, exploded. Two people were killed. The mother of a dead boy is accused of causing the explosion.

Miracle Creek takes the reader through each of the people tied to the accident and the events leading up to it, untangling secrets, lies, and the complexities of families.

What other books remind you of Big Little Lies?

Now, more than ever, local bookstores need our support. If you are purchasing books, consider buying local or from Bookshop.org, which supports local, independent bookstores.

Shop my book lists or search Bookshop.org for your next great read: 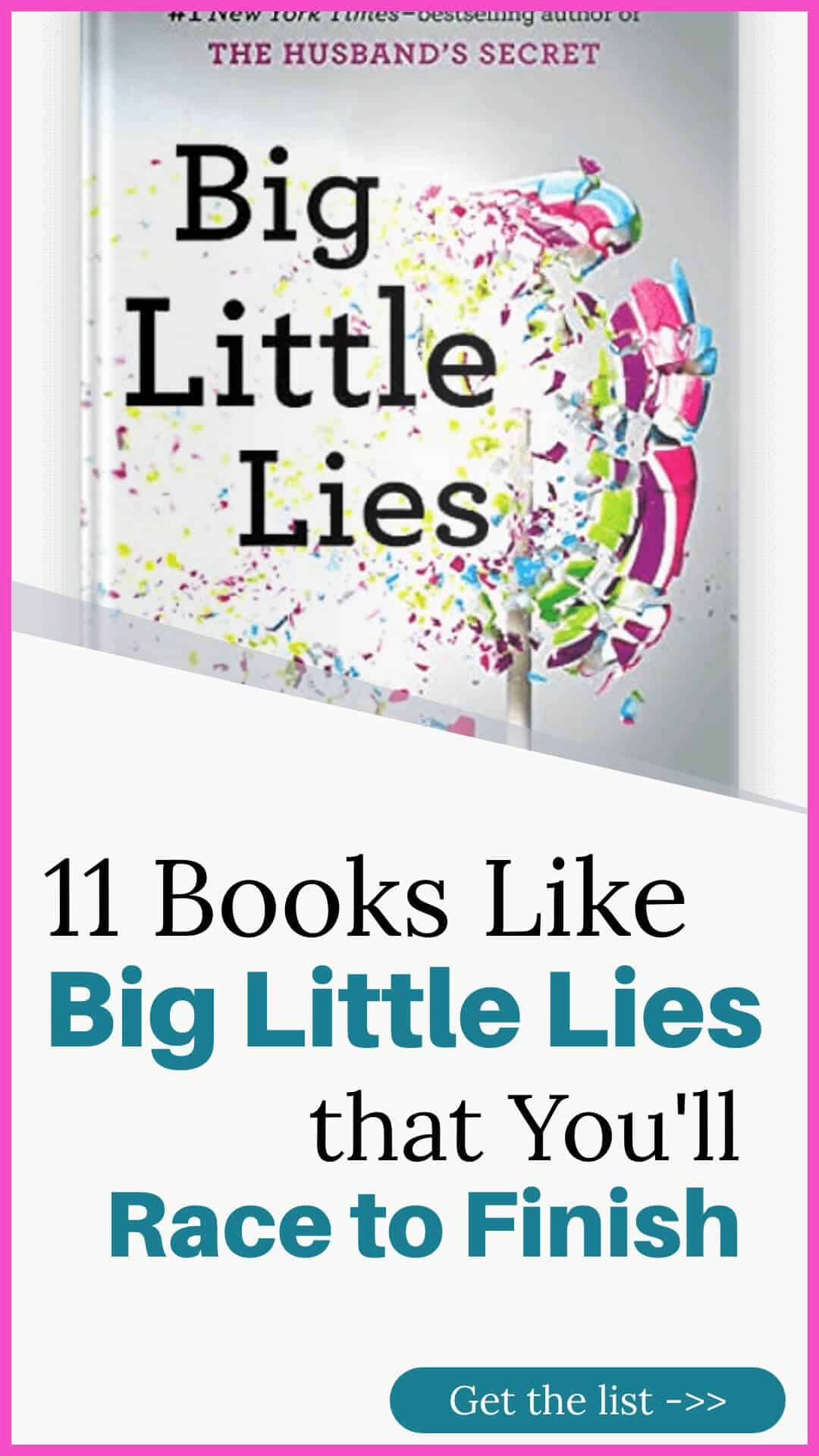 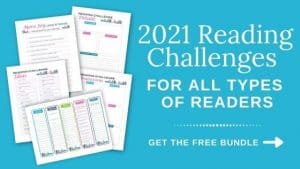